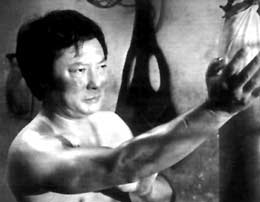 Trained by the late Yip Man, and teacher to the great Bruce Lee, Sifu Wong Shun Leung was considered by many to be the ultimate fighter. He tested his skills in countless encounters on the streets and roof-tops of Hong Kong during the 50’s and 60’s, emerging undefeated each time. Sifu Wong almost single-handedly raised the profile of this relatively unknown martial art, and earned himself the name “Gong Sau Wong” or “King of talking with the hands”.

Sifu Wong believed in teaching his students to cope with ‘real-world’ situations. At Ving Tsun Combat Science (VTCS), we aim to continue Sifu Wong’s legacy. Our training is effective and direct, and prepares students for the harsh realities of physical violence. We do not spend hours punching the air, or engaging in make believe combat routines, but instead we train with partners, testing and refining techniques and principles.

At VTCS we believe that Ving Tsun should be SIMPLE, DIRECT and EFFICIENT. To put it quite simply, if you’re not attacking your opponent’s attack, it’s not Ving Tsun; if you have to think, it’s already too late!

That is the essence of the “Wong Shun Leung Way” of Ving Tsun Gung fu.