‘Keep it real’ – Sifu David Peterson is a regular guest columnist in the prestigious USA publication ‘Martial Arts Masters’ magazine, articles that have appeared in his ‘Keep It Real’ column appear below

On this new DVD by Sifu David Peterson, the viewer is taken through the famous Wing Chun Muk Yan Jong (“Wooden Dummy”) form, as taught to Peterson by his instructor, the late Sifu Wong Shun Leung.

In the near future we will also be releasing the new updated and expanded second edition of David Petersons Book, ‘Look Beyond the Pointing Finger: the Combat Philosophy of Wong Shun Leung’.

Both forms were thoroughly broken down in minute detail by Peterson so as to help the participants fully understand how the ‘Wong Shun Leung Method’ both trains and applies the techniques/concepts contained in these two fundamental components of the system. The ‘Siu Nim Tau’ form is especially rich in information involving structure, technique, application in combat, development of power and basic strategy, hence the full four hours of the first day’s seminar was completely taken up in very detailed explanation and discussion.

‘Cham Kiu’ form, whilst also a rich source of information, especially with regard to movement, power generation, the use of the ‘bong sau’ action, kicking and specific ‘Chi Sau’ applications, is considerably easier to breakdown and so there was a good deal of time also spent on drilling specific applications and theories during the four hour presentation. A very enjoyable and enlightening time was had by all who attended and a special word of thanks is extended to Sifu Verratti and his students for making their school available and for making the ‘MCMAC’ members feel so welcome on both days.

Both seminars were captured on film by Mr Brett Brogan (thanks Brett and all who volunteered on camera!) with a view to producing a DVD of the event in the not-too-distant future. Whether present or not at the seminars, it is very likely that many people will be keen to obtain a copy of the DVD when it is available so keep your eyes on this site for news of its impending release.

The Articles section has now been updated with many articles on Ving Tsun Kung Fu and Wong Shun Leung. Click here to check it out. 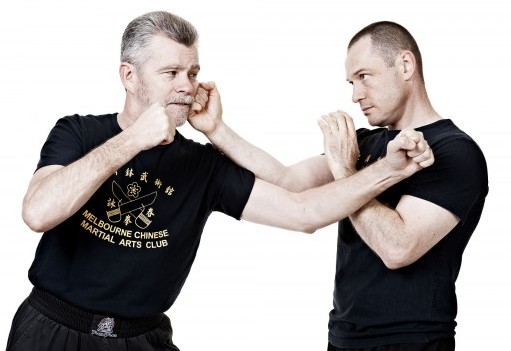